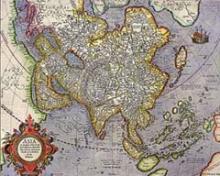 AL&L celebrates a century of growth in Asian studies

Founded in 1908 as the Department of Oriental History, Literature, and Institutions, today’s Department of Asian Languages & Literature is vastly different from its precursor a century ago.

FROM THE CHAIR: Centennial is a time to reflect

AL&L Chair Michael C. Shapiro discusses the accomplishments of the Department during the past few years and some of the challenges of the past year.

The University honors David Knechtges for more than four decades of dedication to the study of premodern Chinese poetry. Knechtges was chosen to deliver the annual spring Solomon Katz Distinguished Lecture in the Humanities on the lyrical depiction of mountains in European and Chinese literature, in particular the poetry of Xie Lingyun.

Graduate student Sachi Schmidt-Hori earns the University's highest annual award for her skill in the classroom. She is the first teaching assistant from the Department to receive the honor.

Lili and Takashi Hori create a fund devoted to the professional development of the University's Japanese language and literature faculty. The donation will enable AL&L faculty in the Japanese program to participate actively in training workshops, conferences, and seminars.

Nineteen UW students head to Chengdu, China, this summer for an inaugural intensive language exchange program. For the first time, the returning students will be assured that the training they receive will be fully recognized by UW's Chinese language program. The program was created as an AL&L initiative building upon a relationship established earlier by UW Worldwide.

Language instructors from the University and the Northwest region gathered to learn how to implement a pedagogical method that incorporates natural speech into grammar instruction and how to employ wiki websites to supplement classroom instruction.

Nagoya University Prof. Yoshitaka Hibi's research on Japanese and Japanese American novelists suggests that national literature is not contained within geographical borders. Hibi assisted Prof. Ted Mack in teaching a seminar this spring to graduate students in the Japanese program.

AL&L has suffered an incalculable loss in the passing of esteemed colleague, Dr. Salomon. She was one of the leading scholars in her field in the United States.

Takiji Kobayashi's The Cannery Ship has recently re-entered the public sphere in Japan in the form of a boom generated by disenfranchised urban workers. Field argues that the boom testifies to the legacy of the subject matter and quality of Kobayashi's works.

AL&L honors more than 50 graduates who have earned degrees from the Department in the 2008-2009 academic year.

The Department of Asian Languages and Literature is deeply appreciative of the support it has received from alumni, faculty members, and friends over the past two years.

Professors Davinder Bhowmik and Heidi Pauwels have published their latest research. Bhowmik's work is devoted to issues of the depiction of homeland and the notion of Okinawan literature as genre. Pauwels explores the relevance of two Hindu goddesses to women today in modern India.

AL&L graduate students engage in research on many fronts, including the poetry of Yamanoue no Okura, the transmission and circulation of popular Mohist texts, the "tenko" literature of Nakano Shigeharu, the Chinese di-flute, and the classical collection of Japanese poetry, the Man'yoshu.