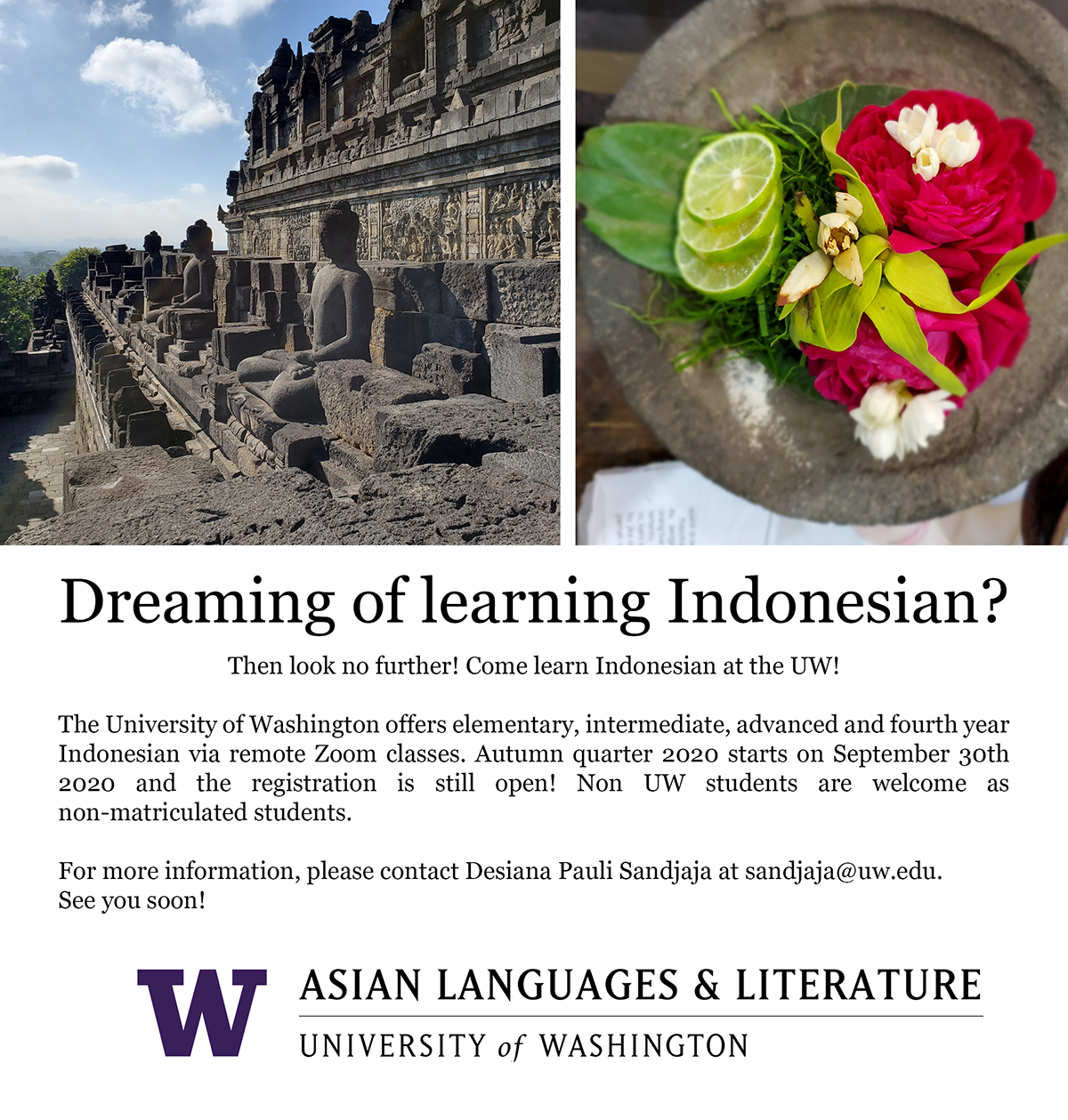 Bahasa Indonesia is the official language of Indonesia, an archipelago of 17,508 islands that is the world's largest Muslim-majority nation, with a total population of nearly 242 million. Over 300 different native languages are spoken in Indonesia. While Bahasa Indonesia is spoken as a mother tongue by only 7% of the total population, it is the national language and is used by 200 million people as their second language. In order to facilitate communication among the Indonesian people, Bahasa Indonesia is commonly used for business and administrative purposes as well as by education institutions and mass media throughout the country.

Bahasa Indonesia is written with the Latin alphabet, and the lexicon is rich with borrowed vocabulary from many languages such as Sanskrit, Arabic, Portuguese, Dutch, and Chinese.

Mastery of the language opens opportunities for students to enjoy literary works by the world-class prose author Pramoedya Ananta Toer as well as by post-Suharto writers such as Ayu Utami. It also will also allow students who study Indonesia through history, anthropology, comparative literature, or other fields to deepen their understanding and expand the scope of their studies.

To register as a non-matriculated student, please go to: https://www.nondegree.uw.edu/tuition-fees/

To check the class schedule, please go to: https://www.washington.edu/students/timeschd/AUT2020/indo.html

The Department of Asian Languages and Literature offers classes open to both undergraduate and graduate students in Bahasa Indonesia.

Indonesian can also be an area of emphasis in the following programs: