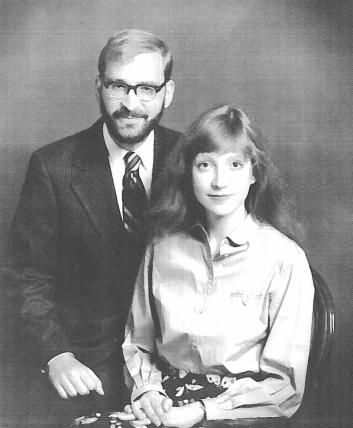 This lectureship was established in memory of Andrew L. Markus, Associate Professor of Japanese Literature at the University of Washington from 1986-1995.  Established through the generosity of family and friends, this annual lecture honors Professor Markus's contribution to the study of Asian languages and literatures.

The lecture series brings to the University of Washington distinguished scholars in the field of Asian Languages and Literature.  The annual lecture is considered the premier public event sponsored by the department and is the highest honor that the department can bestow on a scholar in the field.

Half-bird, Half-Fish: The New Grammar of Time Past in Seventeenth-century Tamil, Telugu, and Sanskrit by Professor David Shulman

Although every generation has to discover, or rediscover, or reinvent its own links to the cultural past, there are extended moments of civilizational change when the presence of the past, and the modes of linking past to present, become highly charged themes. Such was the case in thirteenth-century Florence and Sienna, in fourteenth-century Shiraz, and in early-modern South India (sixteenth to eighteenth centuries). This was a period when a new genre-- the self-contained literary prabandha, meant to be read from beginning to end over a few days, in homes, literary salons, royal courts, or temples, with a range of unusual themes-- appeared in Sanskrit and all the south Indian languages. The Tamil case is particularly interesting because of the continuing influence of very ancient poetic grammars within a literary and intellectual ecology that had rendered these grammars largely obsolete and put in place a new vision of what constitutes poetry and truth. The lecture will look at a story that develops this topic in a particularly dramatic and lyrical way-- the tale of the pedantic poet Nakkīrar and his transformation into a "modern" intellectual, as told by the famous author Tuṟaimaṅkalam Civappirakāca Cuvāmi in his Cīkāḷattippurāṇam, set in the beautiful temple site of Kāḷahasti in the Tamil-Telugu border region. We will also look at an earlier Telugu version, by Dhūrjaṭi, of this same emblematic narrative, and at parallel Sanskrit texts, with the aim of formulating a more general understanding of how early-modern South India came to terms with novel ideas about time, history, and expressive speech.

Professor Shulman is an Israeli Indologist and regarded as one of the world's foremost authorities on the languages of India. His research embraces many fields, including the history of religion in South India, Indian poetics, Tamil Islam, Dravidian linguistics, and Carnatic music. He is now Professor Emeritus at the Hebrew University in Jerusalem. He has been a member of the Israel Academy of Sciences and Humanities since 1988.

2012 -" Uneasy lies the head that wears a crown: Some Buddhist approaches to kings and their problems"
Paul Harrison, Stanford University
May 8, 7:30pm, Walker-Ames Room (Kane Hall 225)

2010 - "For the Gods Love the Obscure: On Translating the Rig Veda"
Stephanie Jamison, University of California in Los Angeles; Head, Program in Indo-European Studies
May 12, 7:30pm, Walker-Ames Room (Kane Hall 225)

2003 - "With Kindness at Heart, a Song on the Tongue, and Gold and Steel in Hand: Religion, Power, and Ideology in the Mahabharata, the Great Epic of India"
James L. Fitzgerald, University of Tennessee
May 15, 8:00pm, Walker-Ames Room (Kane Hall 225)

2000 - "On the Evolution of Hindi as a Language of Literature"
Ronald Stuart McGregor, University of Cambridge
May 23, 7:00pm, Walker-Ames Room (Kane Hall 225)

1996 - The Andrew L. Markus Memorial Symposium on Tokugawa Japan
May 10