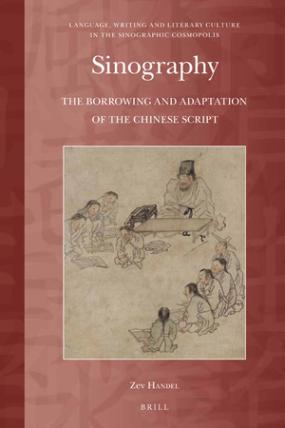 Associate Professor Zev Handel has a new book being published in April, 2019.

In Sinography: The Borrowing and Adaptation of the Chinese Script, Zev Handel provides a comprehensive analysis of how the structural features of these languages constrained and motivated methods of script adaptation.  In the more than 3,000 years since its invention, the Chinese script has been adapted many times to write languages other than Chinese, including Korean, Vietnamese, Japanese, and Zhuang. This comparative study reveals the universal principles at work in the borrowing of logographic scripts. By analyzing and explaining these principles, Handel advances our understanding of how early writing systems have functioned and spread, providing a new framework that can be applied to the history of scripts beyond East Asia, such as Sumerian and Akkadian cuneiform.