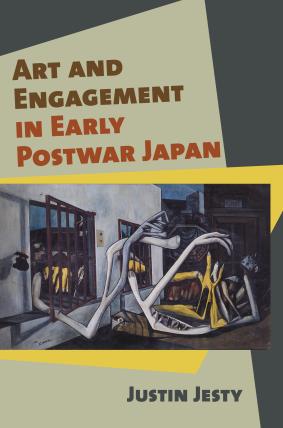 Art and Engagement in Early Postwar Japan reframes the history of art and its politics in Japan post-1945. This fascinating cultural history addresses our broad understanding of the immediate postwar era moving toward the Cold War and subsequent consolidations of political and cultural life. At the same time, Jesty delves into an examination of the relationship between art and politics that approaches art as a mode of intervention, but he moves beyond the idea that the artwork or artist unilaterally authors political significance to trace how creations and expressive acts may (or may not) actually engage the terms of shared meaning and value.

Art and Engagement in Early Postwar Japan centers on a group of social realists on the radical left who hoped to wed their art with anti-capitalist and anti-war activism, a liberal art education movement whose focus on the child inspired innovation in documentary film, and a regional avant-garde group split between ambition and local loyalty. In each case, Jesty examines writings and artworks, together with the social movements they were a part of, to demonstrate how art—or more broadly, creative expression—became a medium for collectivity and social engagement. He reveals a shared if varied aspiration to create a culture founded in amateur-professional interaction, expanded access to the tools of public authorship, and dispersed and participatory cultural forms that intersected easily with progressive movements. Highlighting the transformational nature of the early postwar, Jesty deftly contrasts it with the relative stasis, consolidation, and homogenization of the 1960s.

Order this book online from Cornell University Press and use the coupon code: 09FLYER to save 30%