From Kanji to Cardiology: A Student's Journey 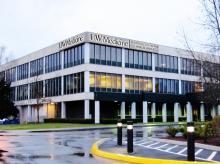 A growing number of students are majoring in an Asian language and pursuing a career in the health sciences.

As an undergraduate, Bang Zheng spent his nights doing what most future medical students do: running through flashcards, memorizing new and unfamiliar terms, learning to diagnose and navigate complex systems one part at a time.

Only Bang wasn’t learning the clinical features of tuberous sclerosis or a slew of anatomical terminology. Bang was studying Japanese Kanji, the logographic characters that form part of the Japanese writing system.

“Every day I would set apart a few hours for science and Japanese classes,” Bang said. “I would probably study about five hours a day while alternating between the subjects. In addition, I made sure to practice kanji for about one hour a day before sleeping. I volunteered once a week at my local hospital and occasionally had part-time jobs. I also joined a few clubs during my time at the University of Washington.”

Bang joins a growing number of Asian L&L alumni who pursued an Asian language major while preparing for a career in the health sciences. Now a student at the UW School of Medicine, Bang navigated an undergraduate path that allowed him to pursue his passion of majoring in Japanese while fulfilling the prerequisites for medical school by double-majoring in Japanese and Biochemistry.

Many assume that medical students need to complete scientific undergraduate degrees to be competitive for medical school, but this isn’t necessarily the case. And if a new faculty-led initiative is approved, students may soon have an option to enroll in official tracks to complete humanities majors with health-sciences prerequisites. Classics Professor James Clauss is one faculty member working toward this vision.

“As you know, students can presently take the necessary courses for applying to post-graduate degrees in the health sciences,” Clauss said, “but there is no official record of this.  Together with Prof. Patricia Kramer, chair of Anthropology, we are working toward creating pre-health tracks, the successful completion of which will show up on students’ transcripts, formally acknowledging their preparation for a career in the health industry.  Our hope is that such tracks will allow students the opportunity to consider study of the humanities or social sciences while in college."

A growing number of Asian L&L graduates are pursuing careers as doctors, nurses, scientists and researchers, and the department is working to accommodate them. This year, the department consulted with pre-health advisers to create sample course schedules for students wishing to major in an Asian language while fulfilling their pre-health prerequisites. Interested students are encouraged to speak with our academic counselor, Geoff Waring.

According to Professor Clauss, there are many benefits to pursuing a language major on the path to medical school: “An attractive feature of this track is that students can focus on a language and culture where they might end up working in health care.”

In the ultra-competitive environment of medical school, Bang Zheng also thinks a degree in an Asian language can help students stand out.

“Learning the Japanese language, for me, was about repetition and memorization and that’s the same skill needed to succeed in medical school,” Bang said, noting that memorizing kanji and drawing out the kreb cycle require similar study skills. “In addition to study habits, having explored a new culture, I felt that I was able to see problems from a different viewpoint than my peers. I learned to think outside of the norm and I managed to connect better with the people I worked with.”

There is also an advantage to having a humanities major when applying to medical school, as it can make applicants stand out and denote a particular set of skills that may be lacking from the science-heavy backgrounds of more traditional medical students.

“Having a diverse background will help you get into medical school,” Bang said. “There are so many applicants with science degrees that having a humanities degree will help you stand out!”

In the end, the most important lesson Bang learned from his time in the department was the importance of pursuing a passion.

“Something I would tell any undergraduate student is to pursue what you want to study. School can get really rough and burn-out will happen to you. However, studying something you are passionate about will help you get over that hump. I have barely started my journey, but studying Japanese was one of the best things I did as an undergraduate. I looked forward to going to school every day, partially because of my humanities classes. Undergraduate flies by really quickly, so it’s best to optimize your time and study what you really love!”